SACHME, The Society Arrangements for Culture, Humanity, Meditation and Enlightenment is aimed to be a Hindu recreational centre spread across the world and will start it from UAE. The brainchild of Shri Anurag Maheshwari aims to provide a recreational and activity centre that will cater to specific religious communities allowing a user friendly and open environment. To be established in the heart of the business district of the cities across the world to support the social, civic and spiritual interests of its members. With a firm commitment towards sustainability and inclusivity, SCHEME aims to benefit its members with low 0r no membership costs allowing people from all walks of life to be a part of this revolutionary idea. The key objective of this vision is to provide a leisure and meeting facility to accommodate the social and traditional needs of the members of the community. With a wide range of facilities and conveniences available at the premises, members of the community would be encouraged by inclusivity to increase participation. Future days have promised the grand inauguration of idols of Hindu Gods including Lord Ganesha, Radha Krishna, Shiv Parvati, Goddess Durga and many others. Dr Bu Abdullah, an avid supporter of SACHME quoted that the ancient religion has deep seeded roots and pointed to the uniquely abundant way of life.

Shri Anurag Maheshwari, the brains behind SACHME is very much well known among the masses and has emerged as a greatly successful businessman. Presently posted at the Office Of His Highness Sheikh Hamdan Bin Ahmed Al Maktoum Investment as the director of Business Strategy in the United Arab Emirates. Starting his own business from just the age of 24, Shri Anurag Maheshwari has gone on to become one of the most bankable names in the UAE. Acquiring and establishing new companies as years went by, Shri Anurag Maheshwari has surely left a huge mark in the fields of event management, import and exports as well as in finance syndication. He is also the proud owner of Maratha Arabians, a cricket team in the Abu Dhabi T10 league. His vision of SACHME is fuelled by the prominent Highphill Mathews and Dr Bu Abdullah and Mohan Patil. The socio-spiritual volunteer driven organisation has seen a wide growth with both these titans vying for success.

Highphill Mathews, renowned actor, producer and a brilliant dynamic all rounder, could not give in to taking his place to extend his full support towards the SACHME initiative. Making his debut in the 2013 film Sixteen, Highphill has been a long term venturist in the film industry. Taking a break from the industry in 2016, he channelled his focus in seeking opportunities and investments for the Indian market to make a platform for young entrepreneurs. This passion has led him to approach His Royal Highness. Highphill currently holds the position as the Senior Consultant India for office Of His Highness Sheikh Hamdan bin Ahmed investment office at Dubai. This filmmaker and actor is now responsible for the engagement in advisory based financial help/support on behalf of His Royal Highness’s Office in UAE for young Indian business and entrepreneurs. A recent trust has been established under the name of SACHME in the country’s capital where Shri Anurag Maheshwari and Highphill Mathews are appointed in the board of the trust. The establishment of the trust allows SACHME to function as charitable trust where people from all over the world can donate to further the vision of SACHME and avail Benefits under Indian income tax acts. 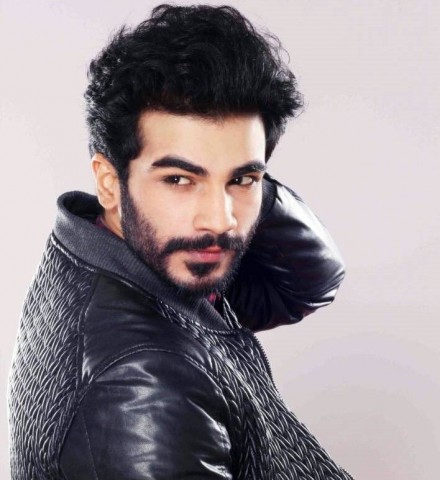 Dr Bu Abdullah is also one of the most prominent members of the society with around 200 owned businesses in the UAE and around the world. He previously visited the Indian city of Jaipur in Rajasthan to attend a fashion show. The show was host to many prominent members of politics and the film industry. With the show wrapping up, Dr Bu Abdullah paid a visit to the office of the Chief Minister in Rajasthan along with Shri Anurag Maheshwari to exchange pleasantries and discuss the future scope of SACHME. Shri Ashok Gehlot, the Chief Minister of Rajasthan pointed towards the progress done by his state and the abundance of business opportunities in the state while blessing Shri Anurag Maheshwari’s vision of SACHME. As the relation between India and the UAE strengthens and people from both the countries starting to be indistinguishable from each other, both the CM of Rajasthan, Shri Ashok Gehlot and Dr Bu Abdullah are quite confident and positive towards the establishment of new businesses in the state as well as the country. With such progress and hospitality, Dr Bu Abdullah has put the city of Jaipur as one of the most developed and progressive cities in the Indian subcontinent.

Shri Anurag Maheshwari has urged the common people /  Business owners / corporates to support the vision and to help him fulfil his dream to have Hindu Recreational centre / temple in almost all the parts of the world specially where Hindus leave India and settle them self for earning their bread and butter or establish themselves as a business mans. All the NRI`s should support this mission was quoted by Shri Ramdas Athawale (central Cabinet minister of India) during his visit to Dubai in the month of January this year.