Mr. Anndy Lian, Chairman of BigONE Asia, would be discussing the globalization plans of BigONE during this summit and how Latin America fits into this vision.

Bleiswijk, Netherland / SEAPRWire / July 29, 2021 / – The Blockchain Summit Latam 2021, which will take place from September 6-10, 2021, is one of the most important blockchain and encrypted asset events held in Latin America each year. The Blockchain Summit Latam is more than just a conference; it is an ecosystem that brings together entrepreneurs, developers, companies, institutions, regulators, and blockchain technology enthusiasts to discuss and share ideas to build a new Internet of value and trust for teams working on the advancement of blockchain in Latin America. 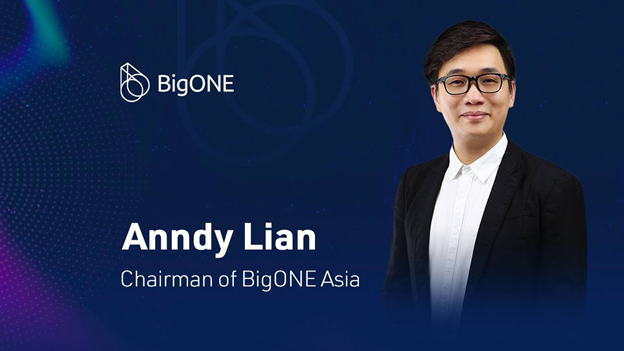 Due to the global epidemic, the Blockchain Summit Latam will be held online this year and live-streamed on YouTube, Twitter, Instagram, and other social media platforms.

Highlights of the 2021 Blockchain Summit Latam

People would look at the development of blockchain and digital assets so far in 2021 from compliance and supervision at the summit. Notable events include the passage into law of a regulation that makes Bitcoin legal tender in El Salvador, the first of its kind for the blockchain ecosystem.

From the standpoint of user engagement, the emergence of “Animal or meme coins” would also be discussed. They have led the trend to promote complete decentralization of the ecosystem and gain massive traction in cryptocurrency circles.

During this summit, other milestones achieved in the NFT, DeFi and other sectors in the ecosystem would be considered in terms of industry technological advancement. They continue to show progressive growth and set the path for the future of blockchain.

At this summit, industry leaders and blockchain experts worldwide will look at these events and discuss issues relating to technological research and development, innovation, and the cryptocurrency market in domains such as global regulation, economic impact, DeFi, and other practical applications.

Mr. Anndy Lian, the newly appointed Chairman of BigONE Asia, was specially invited as a guest speaker during this summit and gave a critical keynote address on Day 2: The Latin America Ecosystem. Mr. Anndy, a global government relations expert with over 15 years of experience, will be discussing international supervision, the economy, DeFi, and current issues in the Latin American blockchain ecosystem with other guests. Mr. Anndy also served as the keynote speaker at the World E-sports and Blockchain Summit, alongside other notable figures such as former UN Secretary-General Ban Ki-Moon.

So far, Latin America has been one of the key regions with the highest rate of cryptocurrency and digital asset adoption. It is also regarded as one of the first areas where blockchain technology has been implemented. This demonstrates a very positive attitude toward blockchain and its underlying use cases.

Mr. Anndy, Chairman of BigONE Asia, sees Latin America as a critical international market for BigONE. Accordingly, it seeks to accelerate its globalization strategy to foster the growth of the cryptocurrency/digital assets ecosystem.

BigONE is a global cryptocurrency exchange that provides a platform for trading various cryptocurrencies. It was founded in 2017 and registered in the Netherlands. The group operates in Russia, Brazil, Vietnam, Seychelles, Singapore, Japan, and Indonesia, providing marketing, investment, and blockchain technology research & development. As it stands, there are over a thousand users from Latin America registered with BigONE.

In addition, BigONE’s global business compliance and development would benefit from this. This summit would also be Mr. Anndy Lian’s first official event since being appointed Chairman of BigONE Asia.