Recently, an advertisement by a Korean fashion brand on the National Liberation Day of Korea has been attracting attention in Japan as well as Korea.

The advertisement, posted in Cheonggye Plaza by Gwanghwamun, begins with the phrase ‘August 15, 1945’. Then black-and-white photos show a large crowd of people gathering and marching holding the Taegeukgi. Next, there is a scene where products containing the Rising Sun flag, the flag of the Japanese Self-Defense Forces, get burned in a furnace. After that, popular Korean quotes are shown in both Korean and English. After seeing this, Koreans applauded and the Japanese were outraged. 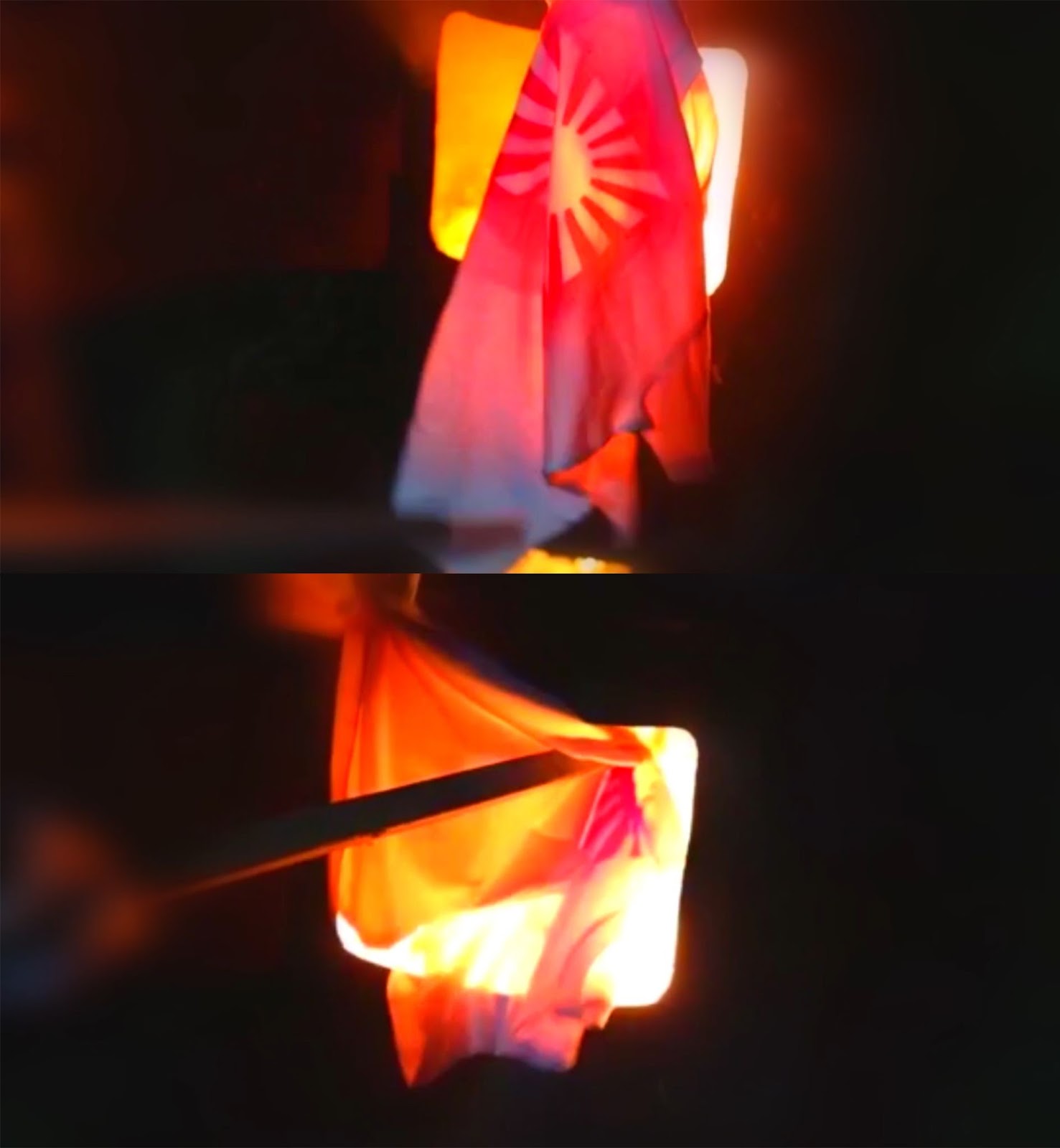 The black-and-white photos in this video are of those who struggled for the independence of Joseon during the Japanese colonial period. In addition, the Rising Sun flag painted on the products that were burned was a war criminal flag that was at the forefront of the Japanese army on the battlefield, much like Germany’s swastika symbol during World War II. The quotes that continued to the end were from those who took the lead in the independence movement during the Japanese colonial period. It was released on August 15, the day when Korea was finally able to achieve independence through the Surrender of Japan after a long period of humiliation under Japanese colonial rule, and was a video that implied the celebration of liberation, the day the light was restored in their expressions.

Lakai Korea said that they advertised the video at the spot that most clearly shows the history of Japanese colonial rule as the Japanese Government General of Korea was placed there, replacing Yookcho Street representing Gwanghwamun that day.

During the Japanese colonial period, Japan built the Japanese Government General of Korea, a symbolic building indicating that Japan ruled over Joseon, in front of Gyeongbokgung, which represented the Joseon Dynasty, in order to break the spirit of Joseon. They also planted ginkgo trees, a symbol of Tokyo, around Gwanghwamun. In Gwanghwamun, the place where the history of extortion can be most clearly displayed, Lakai Korea tried to emphasize the meaning of the National Liberation Day of Korea by showing the day of liberation from Japan on August 15, 1945, the burning of the Rising Sun flag, a war criminal flag, and quotations from independence activists at the time.

This is not the only advertisement that Lakai Korea conducted as a reminder of history. In the middle of Times Square in New York, they posted an advertisement to protect our own history, using items like hanbok, bibimbap, and kimchi, against China’s Northeast Project. At that time, it was hard to believe that the advertisement was done by a fashion brand. This is because the advertisement was only about history, not promoting a brand or product.

Many people were amazed by this. This is because, while ordinary corporations usually advertise their products, Lakai Korea advertised with a desire to preserve the history of their country. They made a strong appeal in Times Square, New York, where people all over the world could see.

From the time of its launch, Lakai Korea has remained determined to inform the world about accurate history and fight against distorted history. After launching, they released KR sneakers with the motif of the Taegeukgi, the national flag of Korea, and donated the profits to the Dokdo Association. And even after such a beginning, they continue to donate to this day.

In addition, they continue to carry out projects for the descendants of those who fought for independence during the Japanese colonial period as well as the Korean War veterans and their descendants. They are known for using a portion of their proceeds to sponsor projects. While this kind of patriotism is difficult to consistently show in a typical company, Lakai Korea is known for carrying out new projects every time and making efforts to continuously inform the world of true Korean history.

A spokesperson for the company said that Lakai Korea, which has been spreading Korean history abroad, put out an advertisement for the first time in Korea hoping that the National Liberation Day of Korea will not only be remembered as a national holiday, but also as a day to remind people of their country’s history.

The Korean people, who have applauded Lakai Korea so far, are reminded of the meaning of liberation once again. They applauded the company while Japan expressed anger at making the history they had previously denied an issue once again.

As they have done so far, Lakai Korea, which wants to remember its country’s painful history and make it known to the world, expressed its aspiration to spread the truth by doing the best it can without giving in to pressure from other countries in the future. We are looking forward to seeing what kind of action Lakai Korea will take in the future.